With its origins as far back as the 14th century, real tennis is the original indoor racket sport from which the modern game of lawn tennis is descended. Known as jeu de paume in France and “court tennis” in the United States, it is played by its dedicated enthusiasts on 48 real tennis courts in these countries and also in Australia.

Royal interest in the game in England began with Henry V but it was Henry VIII who made the greatest contribution to the game by building courts at many of his palaces and by unifying and codifying the game we play now. One of the oldest ball games still played, real tennis has the longest line of consecutive world champions of any sport!

A real tennis court is enclosed by walls on all four sides, three of which have sloping roofs, known as “penthouses”, beneath which are various openings (“galleries”) from which spectators can watch the game. Observers will also note a buttress wall (“tambour”) at the “hazard end” (receiving end) that intrudes into the playing area off which shots may be played. Real tennis is often described as a mixture of tennis, squash and chess. While play is over a net that divides the court, the walls may also be used (squash) and there is a significant strategic component to mastering the game.

The balls and rackets used in real tennis are quite different to the ones used in lawn tennis. Unlike the latex-based technology of the modern lawn-tennis ball, there has been a very modest evolution of the real tennis ball. The balls are all handmade at the club and comprise a core made of cork, tightly wound cloth tape and a hand-sewn layer of heavy, woven, woollen cloth. They are more solid, heavier and less bouncy than lawn tennis balls. The rackets are asymmetrical and made of wood (as part of the rules of the game!) and are strung board-tight with nylon string to cope with the heavy balls. The racket head shape (only slightly more evolved than the balls) makes it easier to strike a low-bouncing ball or those in corners, with greater weight ( c. 450 grammes) required to oppose the heavier ball.

The real tennis court at Seacourt forms the centrepiece of the club. People of all ages can participate in this intriguing and tactical sport or just watch from the galleries, dedans or the bar. We also have live streaming on YouTube for key matches.

Real tennis forms a key part of Seacourt’s junior coaching. We have weekday afternoon and evening classes and Saturday pay-and-play lessons, which give children and young people a very special opportunity to experience and learn about this unusual sport. One of the key strengths of real tennis is its handicap system where, much like golf, a level playing field between players of diverse standards can be established.

Because real tennis inspires such devotion amongst its players everywhere (and that there’s only one court!), the court can be quite heavily booked. While there many regular tournaments and leagues for all sections of the membership, starting out at real tennis will usually require a few lessons with our resident professionals to set you on your way. 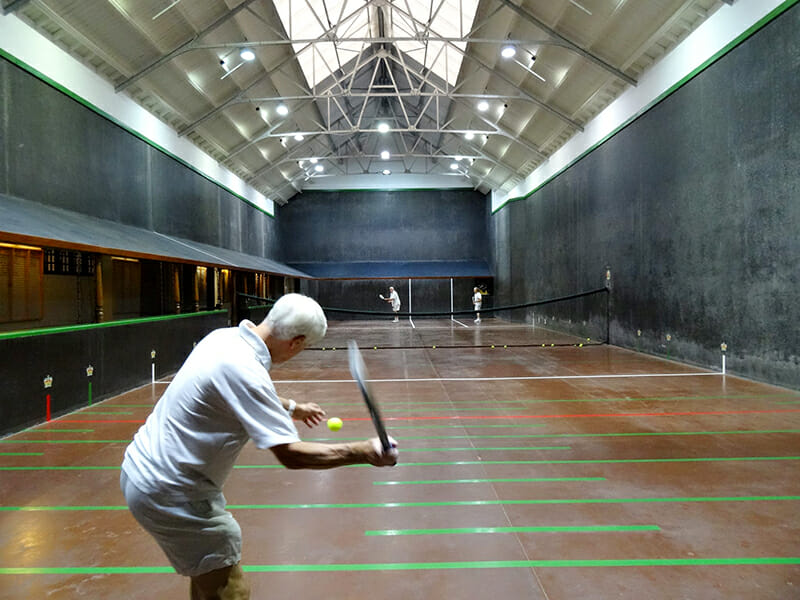 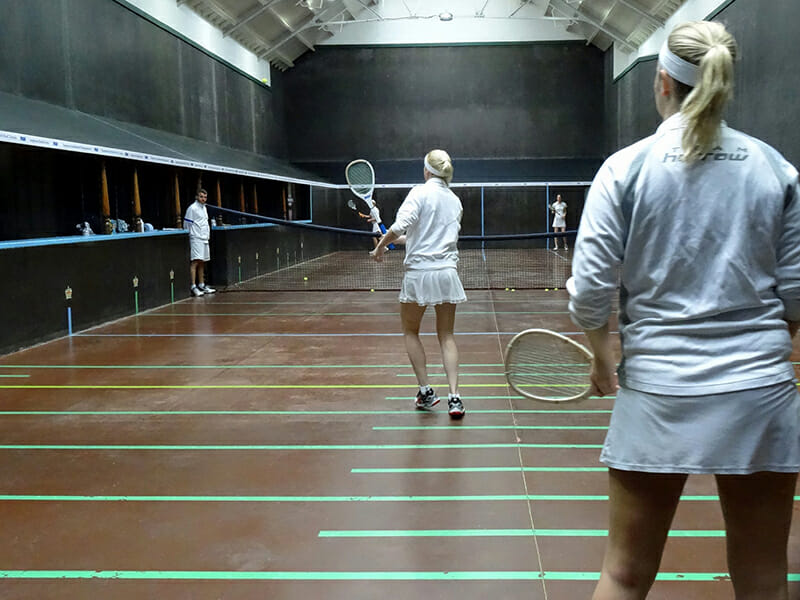 Covid-19 Risk Assessment
This website uses cookies to improve your experience. If you continue to use this site, you agree with it.